The city of Sydney and its surroundings have become an integral part of learning for the children of Castlereagh Street Early Learning Centre. With our weekly excursions into the heart of the city we’ve loved exploring the important history of the city and its people.

After learning about the history of the Aboriginal people we decided to once again explore how they lived off the land around Circular Quay. We learnt about the ‘Eora people’ who lived on the coast of Sydney and took advantage of the abundance of fish all year round—the children finding the notion of catching fish with spears and nets particularly interesting.

Arriving at Circular Quay the children scanned the water and imagined what it would have been like to catch fish with spears and nets and to live off the land, with one child suggesting we could have fish and chips down there for lunch one day—just like the Aboriginal people did!

The children used their imaginations to picture what it was like before buildings and structures were built at Circular Quay with one child hypothesising that perhaps it would have been hard for the kangaroos to jump across so much water and maybe that is why they were caught and eaten.

The children were also introduced to the MCA, which we will visit on a regular basis. Not only were there interesting art installations and paintings to look at, there were also plenty of vantage points that provided different views of the bustling city which continues to capture the children’s attention and highlights once more how integral and meaning the city of Sydney is to the Castlereagh Street ELC children.

Find out more about Castlereagh Street Early Learning Centre and how your child could be joining in on these fun and educational excursions. 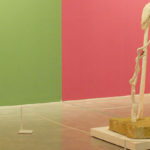 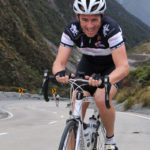 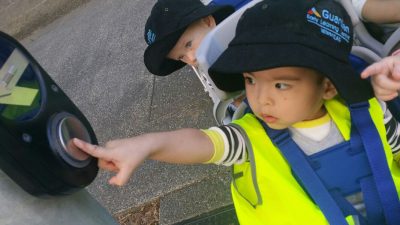 Megaprams Out and About in Brisbane 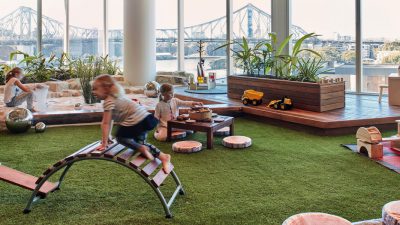 Brekkie, Culture and Even Kinder Yoga! 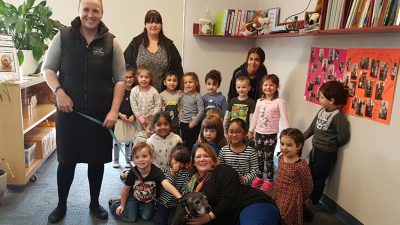