Our Spidey-Senses are Tingling at Sweet Peas Early Learning Centre

Spiders, spiders everywhere! But fortunately not of the dangerous variety at Sweet Peas Early Learning Centre – a childcare centre in Homebush. Recently, the children had been showing an interest in insects, which then developed into an in-depth investigation into the fascinating world of spiders.

Through discussions, drawings and even a spider web hunt, children at Sweet Peas have been looking at all things spider related in the last few weeks!

“I saw this spider (pointing to a Saint Andrews spider) when bush walking.” – Leon

Reflecting on the learning from the day before where children created spider webs using wool, they continued their understanding of spiders by discussing dangerous, venomous and low risk spiders in Australia.

The children scaffolded with one another as they identified various spiders, as well as reflecting on past memories where they have come across spiders in their home environment. They also talked about their habitats and where they are most likely to be found.

“I found a Red-Back Spider at home in the rubbish bin.” – Anderson

Fay, one of the educators at Sweet Peas, presented a spider chart to the children and used this to talk about the different spiders in colour categories using a traffic light system as a reference – a great way to connect with objects they see in their day to day life.

“We then used the images as provocation to apply their creative skills by drawing the various spiders that they observed,” says Fay. “Not only did the children create detailed images but also challenged themselves by labelling the name of each spider using their language and literacy abilities.”

Making our own spiders 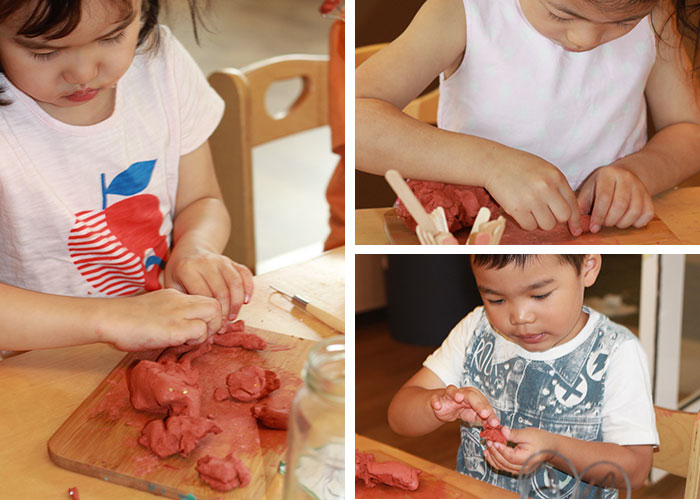 To further foster the children’s curiosity and exploration, educators incorporated a natural resource – clay – to the experience. Using the “traffic light” spider chart as a provocation, educators sparked creativity and conversations with the children.

“Why are all the spiders black and brown? – Aiden L

Sweet Peas educator, Ronni says, “Claire, Anderson, Emma and Lachlan confidently identified a number of spiders on the chart and thoughtfully decided which ones they wanted to replicate. Anderson chose the Redback and justified his choice by sharing the story of finding one in his rubbish bin (which we later read was a very common place for them to be). The children manipulated the clay to mould it into the shapes of a spider’s abdomen, legs and pincers.”

Using the chart as a reference point, one child ensured she added the finer details like body hair to achieve her end result. The children also initiated their own discussions making comparisons and finding similarities between the spiders on the chart. This group began to explore mathematical concepts as the counted the spiders’ legs and basic addition and subtraction equations were introduced.

“The red spots are poison.” Sophie

After watching a short documentary on the garden orb spider spinning a web, the children and educators ventured around the centre to find spider webs of their own. Utilising binoculars and cameras to aid their investigations and capture their findings, the children pointed out the webs they could see.

“I can see the spider with a hundred eyes on Youtube!” – Ian

“Through immersive experiences such as this it is evident that our children thrive with hands on experiences, they are able to transfer and adapt their knowledge from one learning context to another,” says Fay.

Fun fact: You are always 3 feet away from a spider! 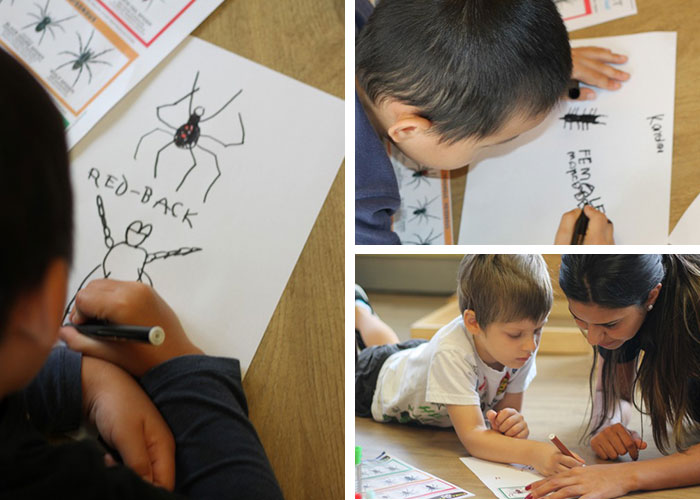 Through their exploration of spiders, children and educators have been talking about them, reading about them and, of course, drawing them. Educators have intentionally left references out and accessible in their art areas and spent time with the children looking at how best to use them.

“I’m drawing all the spider eggs together. It makes a lot, not just one.” – Sophie
“Why so many legs here on the spider?” – Giacomo

Fay says, “Our larger drawing table had been set up very simply with a set of our new textas and a picture with three spiders in it. Without any further prompting from educators, a whole bunch of the Early Learners spent some time drawing their own spiders. Everyone was using the references in different ways, not only as a visual resource but also as a conversational centrepiece.” 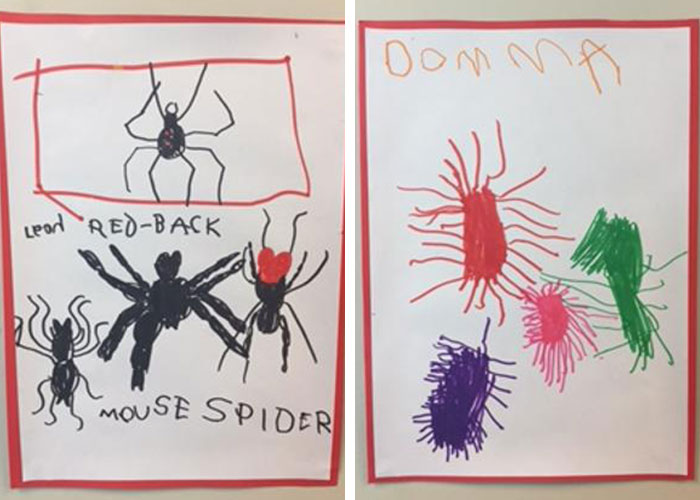 “Seeing so many of the Early Learners utilising all their new knowledge both artistically and communicatively is something we’re very excited about and we’re hoping that we can focus on our new topics with a bit more detail, perhaps discussing where spider eggs come from.”

Through this creepy crawly experience children have been transferring and adapting what they have learned from one context to another – in this case from what they have seen in their past experiences, to on paper, to clay and drawing explorations. This project has opened up conversations between children and educators and allowed them to explore a concept through a range of different materials and expressions. 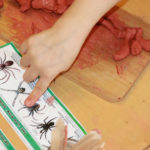 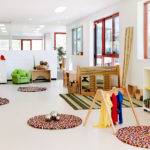 Working Together at Wanniassa