Guardian Early Learning – 101 Collins Street is a beautiful new early learning centre in the heart of Melbourne. The specially designed indoor and outdoor environments, plus a rich array of resources on offer provide plenty of opportunities for discovery and learning. One such opportunity for learning was the adoption of a brand new centre pet.

Educator, Danai Daravigka shares with us a story about Maddie – 101 Collins’ newest addition.

The Little Explorers had shown an ongoing interest in animals, using this interest we catered for this within our curriculum and adopted a new friend. Having a relationship with a pet can help children develop a caring attitude and skills such as nurturing, responsibility, empathy and improved communication. After discussing the idea with colleagues, we made an intentional pedagogical decision to adopt a pet for our room.

We used StoryPark to discuss with parents, share opinions, thoughts and research around to topic of pets in early childhood settings.

We spoke to parents about the possibilities of allergies, fears or phobias their child may have.

Collectively, families and teachers, we concluded that we would adopting a bird.

We named her Maddie. This specific name is a result of combining the words “mum” and “dad” because the general verbal development of the Little Explorers allows them to have a vocabulary, which is extending day by day, and “mum” and “dad” are the most popular sounds that they can, or are beginning to, verbalise. Having Maddie in our room, allowed for children and educators alike to get familiar with a different living creature. It is amazing to see the progress made so far! At the beginning, children were very wary of Maddie, and educators would need to tread very lightly. They would mention in passing or play to familiarise the children and identify similarities to her with other things in the environment for example, ‘The tea cup is the same yellow as Maggie’s wings.’ This also allowed for further learning to be established.

Interestingly, the children with animals in their own homes were more adventurous and became trusting faster than others with no, or little exposure to, animals. These children petted Maddie first, the other scaffolding their learning from these children. To help children further, the educators set up sensory activities using her feather, including meditation, painting, one-on-one interactions of touch.

We placed Maddie and her house at children’s level so they could have the chance to approach her when they felt they wanted to, empowering the children. We ensured Maddie’s safety too, through remodelling and explaining that we cannot touch Maddie when she was in her cage, since she was in her house.

It is essential at all times to be conscious of the wellbeing and safety of both children and the animals in the service. (Peters, 2010)

We started to encourage children to say “Good Morning” to her. When they started to feel familiar with her, the children would wave “Hello” to Maddie. Since then, they have become more involved in investigating Maddie and her ‘house’.

Once the children responded with a safe, empathic and enthusiastic demeanour. The educators began getting her out of her house and by holding her tight in their hand, so both the children and bird would feel safe! The children advanced quickly from petting her tail taking their first attempts to touch her head.

The children started to feeling so familiar with her that they were asking us to take her out of her house and have the chance to say “Hello” to her!

Supporting children in their growing awareness and interest in animals can lead to deeper feelings of empathy in young children, more positive classroom relationships, and social-emotional development. As children have experiences with animals, they learn about differences and similarities, needs (such as for food, shelter, water and space), and compassion and empathy can grow and deepen. (Selly, 2014)

Maddie has overall benefitted our program and added so much more learning and meaning to the learning environment. Maddie is the children’s peer, their friend, but above all else, their teacher.

To meet Maddie, the educators and see 101 Collins Street for yourself, book a tour via our online form here. 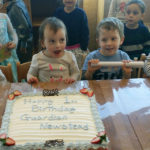 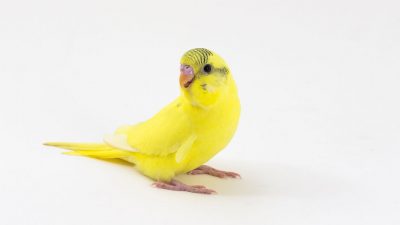